Social Media is it’s own buzz word. It can ruin your reputation, or build it. In the business community, we talk about “owning” our companies social media. Here’s what we mean by that:

By taking personal ownership/accountability for posts, responses, and monitoring of our social media accounts, we make social media more effective and more personal to our base.

However, that’s not what this article is about.

Businesses: Eventually You Will Have To Pay

You can use the excuse of “social media accounts are free”, to join every network. But here’s the catch: You are not building your network. You’re building the network. Once a network grows beyond a certain threshold, it must make money. That’s where you come in.

We’ve seen this recently with Facebook cutting back the reach of brand pages. Pages have seen their overall reach slashed in half, sometimes more. That means less of your base is being reached with your status updates. What is the solution? Pay to play.

Protect Your Business When Building Your Network

One of the best ways to protect yourself against being subject to the whims of any social network is your email list. Think about it. If all you do is build your brand on Twitter, and Twitter folds, you’ve just screwed your brand. You have no way to recover that list of people. You never owned your list. You can’t download an Excel spreadsheet of your Twitter followers and import them to Facebook. But you can move your email list from one provider to another.

Email lists are often more effective, and worthwhile than social media to begin with. Start building your list today for free with Mailchimp.

The best solution to blog comments and replies, is to integrate it into your own database. Some of you might not know what that means. Let me give you one example of a comment system that doesn’t do this.

Facebook created a tool for WordPress users to integrate Facebook into your comments. This plugin replaces your blogs comments with Facebook comments. Who owns those comments? What happens to your blog’s new Facebook comments if you remove the plug in? The end result is that the comments left are not yours to keep. They are only yours to view, courtesy of Facebook.

#3. Build Your Own Community

Don’t just work to create a group of followers. Create a community that shares your common goals and ideas. A strong community  will adapt to changes in social media and follow you on a different level. Too often, we see numbers of followers as the goal. It should be community. Brands with the highest percentage of engaged followers are small businesses. Their followers aren’t watered down with a bunch of people that clicked the “like” or “follow” button just because. Their followers are true fanatics!

At some point, somebody has to pay. It would be incredibly easy for any network to hold your 100,000 fans hostage. If you don’t own that list, you’re in trouble. If the network kills your list for any reason (say you violated the terms and conditions on accident), you lose. 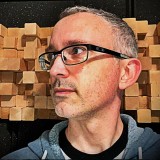 Tim Bunch is a Web Developer from Rockaway Beach, Oregon. As a web standards fanatic, he passionately pursues best practices. He also actively engages people on a wide range of topics in a variety of social media networks. Tim is also an avid Wordpress developer, music maker, coffee drinker, and child raiser. @timbunch

2 replies on “The Reality of Ownership, The Dark Side of Social Media”

[…] of Social Media Posted on November 16, 2012 by andrea TweetBufferThis blog is a re-post from Simply Smart Media – written by someone I know, Tim Bunch.  I think Tim brings up a point many of us don’t […]

Too true. I think my facebook page reaches 6% of my followers. So sad.